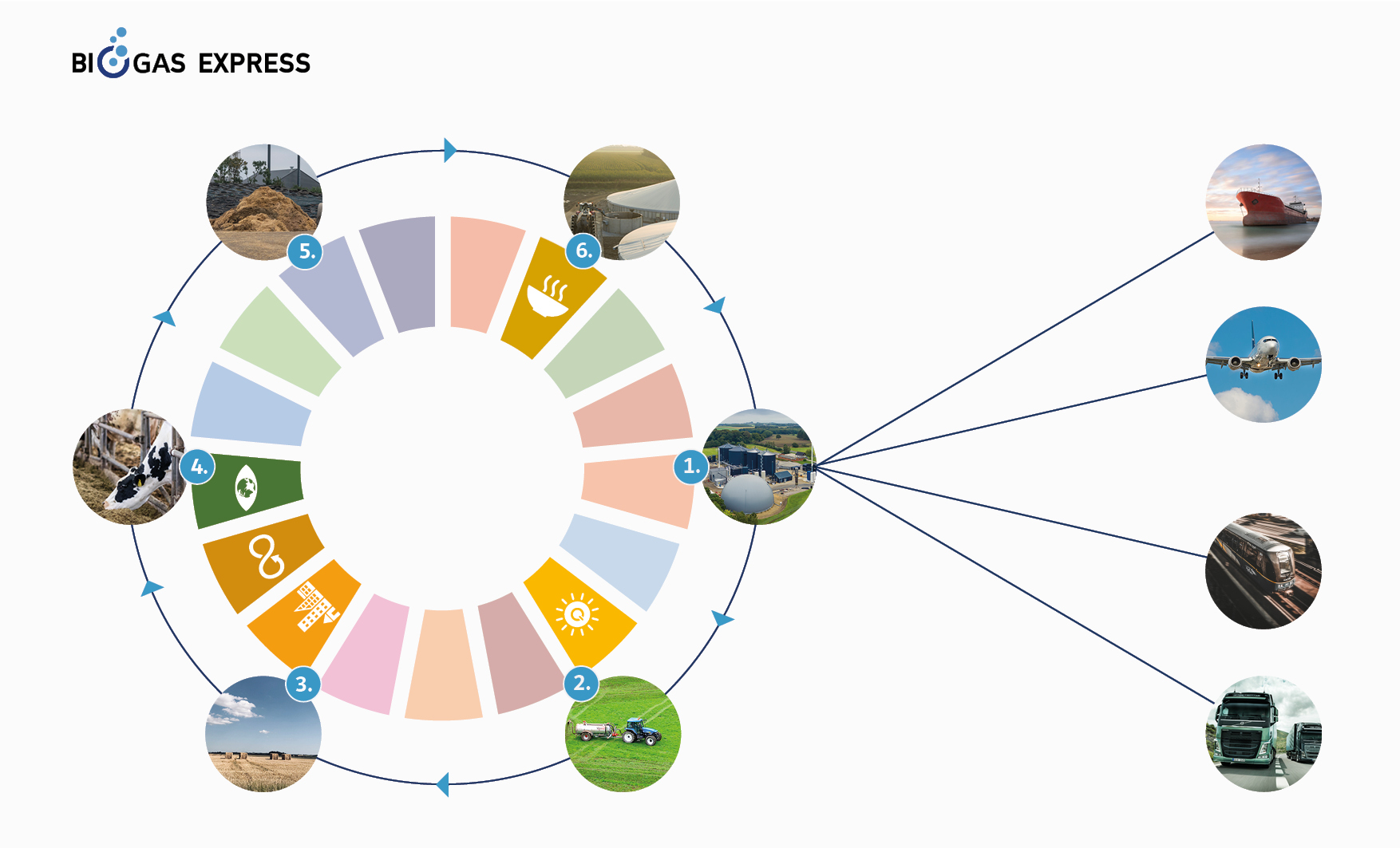 In relation to our biogas launch, there has been spent some time visualizing where the biogas comes from and how it is produced, which has led to the following result:

After the two to three weeks in the biogas plant, the biogas is pumped directly into the gas network. Here, the biogas is used as a fuel for boats, planes, trains, and heavy transport.

How does biogas work as a circular economy?